Forget everything you know about first-person shooters: Void Bastards asks you to take charge, not just point your gun and fire. Your task is to lead the rag-tag Void Bastards out of the Sargasso Nebula. You make the decisions: where to go, what to do and who to fight. And then you must carry out that strategy in the face of strange and terrible enemies. Move carefully through the dangerous ships, searching for supplies and manipulating control systems.

Choose carefully when to fight, when to run and when just to be a bastard. Use your hard won supplies to improvise tools and weapons, from the distracting robo-kitty to the horribly unstable clusterflak. Navigate your tiny escape pod through the vast nebula. Flee from void whales and pirates, and politely avoid the hungry hermits. All the while you must keep scavenging for the food, fuel, and other resources that keep you alive. Void Bastards features a hour campaign that you can complete with an endless supply of prisoners, each with their own unique traits.

When one dies, another steps forward to carry on the fight. Now, from the development director of BioShock and System Shock 2, comes a brand new kind of strategy shooter hybrid that takes the Shock lineage into new territory. Void Bastards challenges you to lead a rag-tag group of prisoners home through the myriad dangers of the Sargasso Nebula. How to do so is entirely up to you as you both craft a long term strategy for escape and play out the missions into derelict spacecraft you come across.

Void Bastards takes the simulational first-person shooter to new places by letting you both set your own goals and then carry them out in real time. Succeed by mastering moment to moment shooting, stealth and tactical skills as well as understanding when and how to use them in order to achieve your goals. At least not for me.

Rather it provided me with a solid introduction to all the necessary tools I would require to reach a productive level, and how to put them all together. So even if they would have given me three more weeks, it would just have meant a dozen more tool introductions. Tools that I would later have to actually learn how to use in depth.


And that list was already more than long enough. In my current job I use most of these tools daily. The only two things that I wished my teachers would have spent more time on would be how to use a JavaScript framework like React, and how to write tests with technologies like Rspec. Because learning those two on my own later proved to be crucial for landing my first developer job.

And many more have a career services body, to help you get in touch with potential employers and coach you for applications and interviews.


But then again, I also had the time to spend some hours coding over the two months following the bootcamp, the privilege of having an elite school degree on my resume, and a lot of experience in applying and interviewing for jobs. Developing the Unify app in the bootcamp and taking it across the finish line had given me a lot of momentum, and I was determined to make the most out of that momentum while it was there.

I still had some money left in the bank, and a few weeks left on the Barcelona apartment sublease. Basically everyone I knew in the city was leaving. So I had no reason at all to not just keep eating, sleeping, and dreaming code. Only half consciously I set up a few new routines and habits for myself:.

In other words, my motivation to become a developer was stronger than ever, and I knew that having neither any academic or professional merits to show off, I would probably never even get called to a job interview unless I had a kickass portfolio. Again, I was wrong. 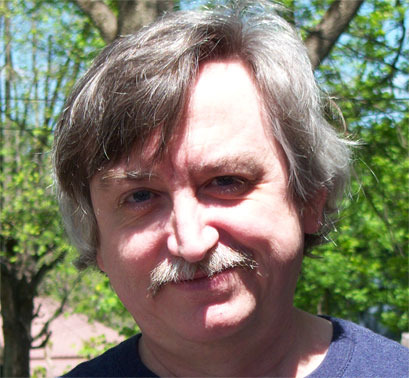 It would take me almost two months to finish it. There were so many processes in the last two weeks of the bootcamp that had gone by so fast, without me fully understanding them. I got stuck for several days on all kinds of stuff, from embarrassingly simple to somewhat advanced. Just configuring a datetime-picker required several days spent on Stackoverflow. Not to mention the chat feature, using websockets with Action Cable, which took me about two weeks to get right.

But the time invested was so worth it. The app actually turned out pretty great: it was actually something I could demo for people and feel proud. And in fact, experiencing all that hustle gave me a lot of comfort in that the bootcamp had probably been a good choice. So sometime in late August I finished the app. I tried my best to use that self-pity to keep ramping up my coding efforts.

And it was working pretty ok. Soon enough the time came to code the actual portfolio website. And for once, I decided to keep it simple.

After finishing it, my plan had been to start applying for jobs. But there was something that bothered me. And JavaScript. If I started applying for jobs now, I could probably land something decent as a Rails developer. But what if all the haters were right, and Rails was actually outdated and dying? And what if I found my dream job, only to realize they used advanced JS technologies? According to the search results on LinkedIn and Glassdoor, that would mean that I would more or less double the amount of developer jobs that I was qualified for.

I recalled that Gus, the bootcamp manager, had told me that it would take me about another month to learn it. How hard could it be? I could probably do it in two weeks, was my thought. So once again, I turned to my old friend Google to research learning strategies. They all seemed to be focusing on one part at a time, which is definitely the right way to go if you want to understand a framework in depth.

There were so many out there. For every technology or stack I could think of, I found at least five decent tutorials. Ten videos at 20 minutes each, showing you how to build a basic RESTful web app with both user registration and sign-in authentication. I started right away and coded along to each video on my laptop. And crazy enough, after just a few days I was done. Node for the backend, Mongo for managing the database, Angular for the frontend, and Express for tying it all together.

Could it really be this easy? Did I know this stuff now? Well, since I was ahead of schedule, I figured, why not build onto the app a bit further? I figured I would just need to add a couple of new routes, models, controllers and views, and that would be it. Like getting a controller action of a certain name connected to a view with that same name, right out of the box. Because it proved that my hunch about the whole tutorial process having been too good to be true was right.

The app was nowhere near ready to be added to my portfolio page. It literally had no features. Just the possibility for users to register, log in, and do nothing but look at some static Bootstrap designs. Another option was to just keep hustling the trial and error way. I was supposed to start applying for jobs yesterday. Luckily, I found a pretty good one on the same Youtube channel, and decided to use it as my lifeline. Despite all the hustle, two weeks after the decision to try and learn the MEAN stack, I actually deployed a decent web app. Which had been my goal.

THE MOST DANGEROUS GAME ON THE PLANET

All of a sudden I had three apps in my portfolio, and could add a bunch of new technologies to my skills repertoire.